Michiel Dijkman (1984) is executive director of Economic Board Utrecht Region. Additionally, he is co-CEO of metropole region Utrecht and member of the supervisory boards of broadcaster NTR and Tobas Jeugdhulp. From 2014-2021, he was head of corporate affairs & communications at Samsung.

Michiel graduated as MSc in International Business at Maastricht University (2008) and did his exchange at the University of Calgary in Canada (2005). In 2016 he attended an executive management program at Harvard University on “Strategies to Create Business & Social Value”.

All his life he has worked at the intersection of public and private. During his studies he worked for years at Rabobank. He experienced the financial crisis at Fortis and continued his career at pension fund APG in the strategy and policy department. He started at Samsung Electronics Benelux through international consultancy Burson-Marsteller in The Hague and Brussels. 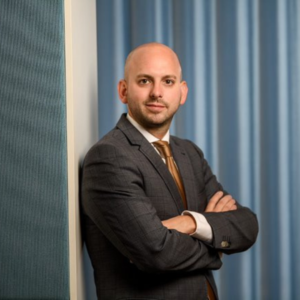