Peter started his career as Software engineer in public telephony and datacommunications at Alcatel. He moved to Atos as software developer and became a Security Advisor for the public sector. At KPMG as IT-Auditor he became an Information Security Specialist and started as a Security Officer in the field of IAM, security architecture and cybersecurity at Achmea. Within ABN-AMRO he became involved in IAM and blockchain security. Currently Peter is working at Capgemini in the field of IAM and cloud security.

Outside direct work relations he is part of a thinktank dedicated to IAM at IDnext and was founder and chairman of the Insurance ISAC. At the moment he is part of the Dutch Blockchain Coalition. This working group aims for a trustworthy implementation of digital Identities using blockchain technology. They promote this at Government level. 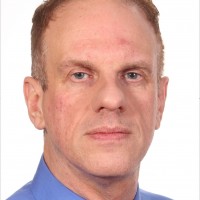