Drs. Nupur Kohli is a Healthcare Leader, Medical Doctor, Author, innovative Speaker, Supervisory Board member of UNICEF the Netherlands and member International Advisory of the Amsterdam Economic Board, The Netherlands. A former healthcare strategy Advisor at EY, she is currently medical advisor with the largest healthcare insurance company in the Netherlands.  She is the curator (president) of Global Shapers, World Economic Forum, in Amsterdam 20-21 and a team member of the World Economic Forum Chatbots RESET project and Generation AI project.  She is former member of two advisory bodies to the Dutch government on healthcare policy.

With more than 100 speeches worldwide and 5 TEDx talks, she earned a reputation of a prominent female speaker internationally and is author of the book Chill!, on stress and productivity.

Nupur appeared in more than 80 media outlets internationally in all formats, TV, Radio, Newspapers and magazines. She won the most Inspiring Woman of the Netherlands Award, top 3 Joke Smit Award from the Dutch government for fundamental contribution to improve the position of women and  top 100 young sustainable leaders in the Netherlands – 2018,2021. She received leadership recognition accolade from the World Economic Forum and appeared in the list of Dutch Financial Times (FD) top 50 young leaders of the Netherlands.

She is the founder of NRG foundation that facilitates research in stress and productivity and climate sustainability and health, engaging with policy makers, business leaders and the public. 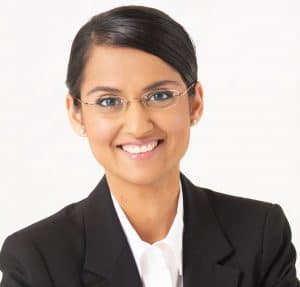