Born in 1978 in Delfzijl. Growing up in different parts in the Netherlands, he went back to Groningen to study Information Science at the university. During this study, he had his internship at the Dutch Ministry of Transport, in which he advised on information-exchange in the inland navigation. This was the start of a career in logistics and IT. After this internship, Marten started working at Port infolink in 2003, where he started at the Product Development department. At first as project support, later on as project manager. In this role he was responsible for several projects leading to different services for a.o. barge operators, port authorities, terminals and forwarders. Besides this, he was involved in business development and responsible for the European R&D projects in which the organization was involved.

In 2009 Port infolink merged with Portnet into Portbase. Marten stayed onboard as Strategy & Business Consultant. In 2014 Marten became the Director Strategy & Innovation, in which he is part of the management team and responsible for the strategy of the organization, its portfolio and the R&D and innovation function. 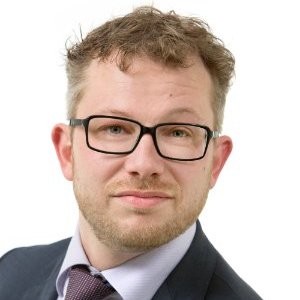