Michiel is a sought-after speaker on the lecture circuit for various financial institutions, companies, museums, and anyone interested in the American market, society and political culture, wanting to know more about his adopted homeland, America. He has given keynotes in New York, the Netherlands and Belgium for ING, KPN, Rabobank, ABN Mees Pierson, KLM, AON, and many others.

Michiel teaches as an international lecturer at the European Centre for Executive Development CEDEP (INSEAD) in Fontainebleau, France.

Michiel is a commentator on European & American politics for MSNBC.

In his personal documentary series, My America, which aired in Belgium, The Netherlands and Switzerland, he documented his experiences in America as a European immigrant.

Michiel lives in Manhattan with his wife, filmmaker Alexandra Pelosi and their two boys. Studied Political Science and law at the University of Massachusetts, the University of Amsterdam and Panthéon-Sorbonne-II, in Paris. 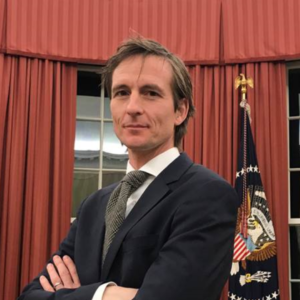